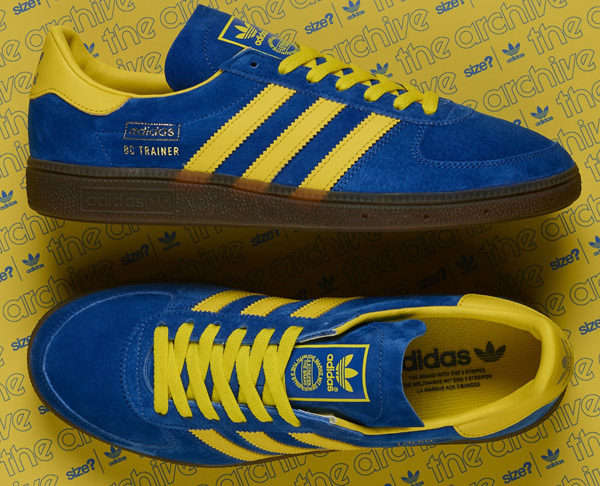 Not seen this one since 2012, so the return of the Adidas Baltic Cup trainers is an interesting one. An imminent one as well. 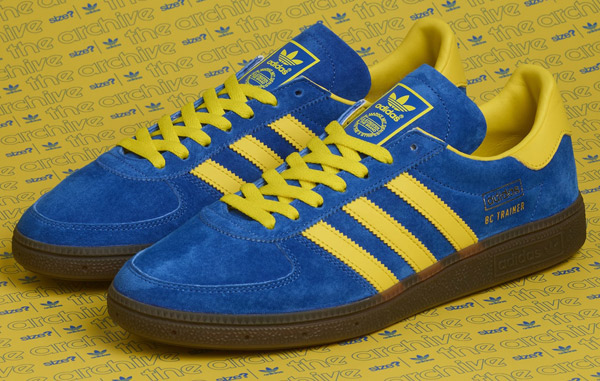 Except it doesn’t go by the name of the Baltic Cup this time out. Why? Let me explain. It’s basically down to licensing issues. The shoe, which dates from the 1970s, actually got its name from an East European handball tournament of the same name. Since then, the Baltic Cup has become a football tournament for Baltic states. I can only presume that the people running that haven’t sanctioned the name being used on shoes in the 21st century.

It’s a small point, but the reason why you see ‘BC trainer’ on the side in the new reissue. Otherwise, this is a show that remains true to the original specification of the 1970s training shoe. 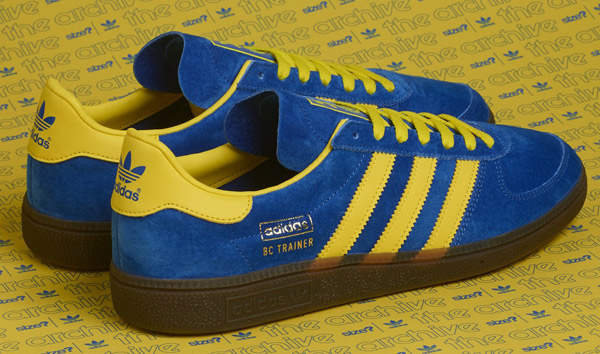 So you get that bold shade of blue in suede, which is matched up with an equally strong yellow for the stripes, laces and heel. That new name is the side in gold, with the show sat on a classic gum rubber outsole.

The Adidas Originals BC Trainer is a Size? exclusive and will be available on Friday 29th November, priced at £75 in all sizes.