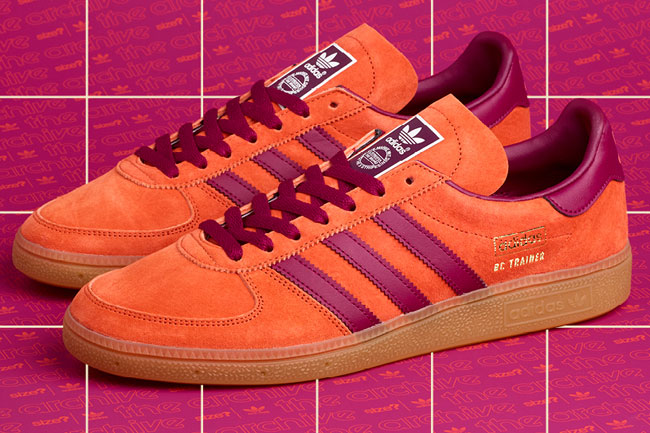 The first issue in blue sold out in minutes, so expect the Adidas Baltic Cup trainers return in orange to be equally as popular.

This one could make or ruin your Christmas, depending on whether you get yourself a pair just before the shops close for the festive break. As ever, it’s a case of getting up early – or at least before everyone else does.

Like the last version, this doesn’t have the name of Baltic Cup on the side, which is again down to licensing issues. Once upon a time, there was an East European handball tournament of that name, which is when Baltic Cup got its name. 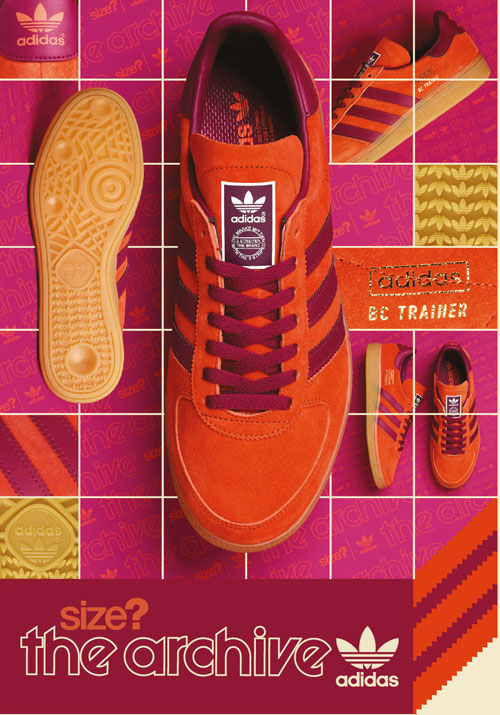 But since then it has become a football tournament for Baltic states, who perhaps haven’t given permission for the full name on the side. So this one is called the ‘BC Trainer’ for now. But it is the same shoe.

The style is the same as that last reissue and much the same as the 1970s shoe, so a suede upper, this time in orange, along with some plum-coloured detailing, specifically the laces, stripes and heel, along with the new name on the side in gold and a classic gum rubber outsole.

Again this is exclusive to the Size? retailer and again the price for the Adidas Baltic Cup trainers in orange is £75. They go on sale on the morning of Friday 20th December.