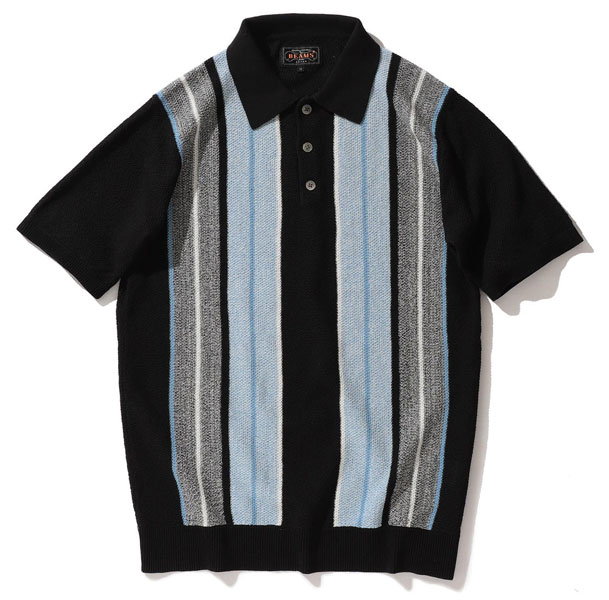 Something similar launched last year and sold out straight away. So good to see the return of the Beams Plus 1960s-style knitted polo shirt. 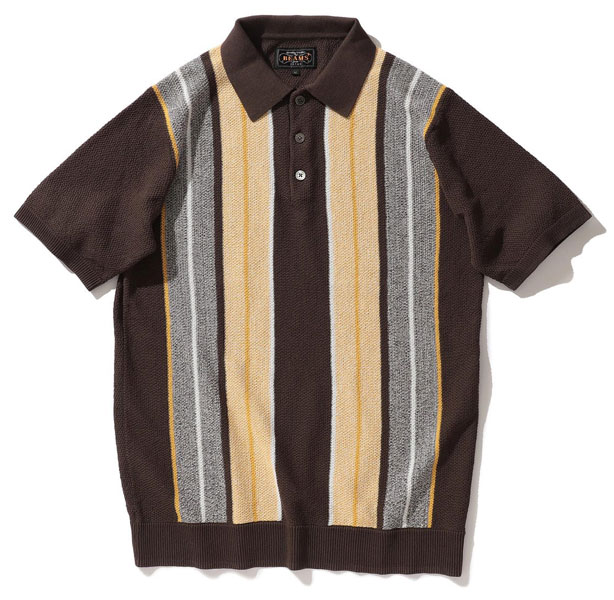 But not a copy of that past one. Oh no. This is an entirely new design but in the spirit of last year’s effort. 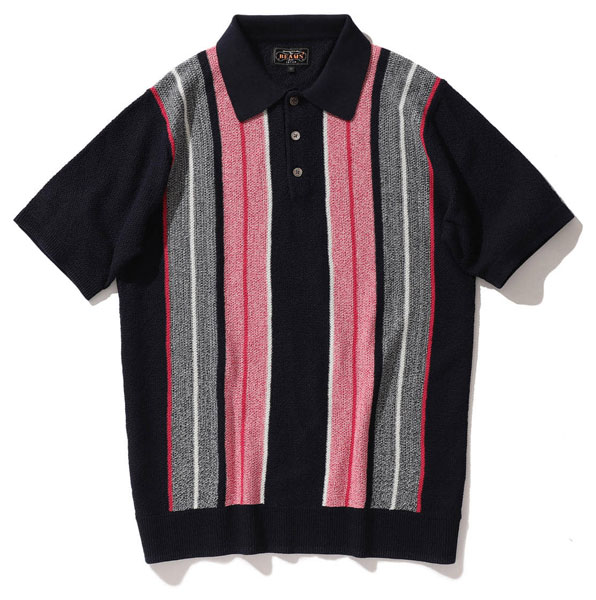 By that, I mean the design of the shirt is pretty much the same, but the colours and detailing slightly different. So still a three-button knitted polo shirt as you would expect, but different colours and different stripes. 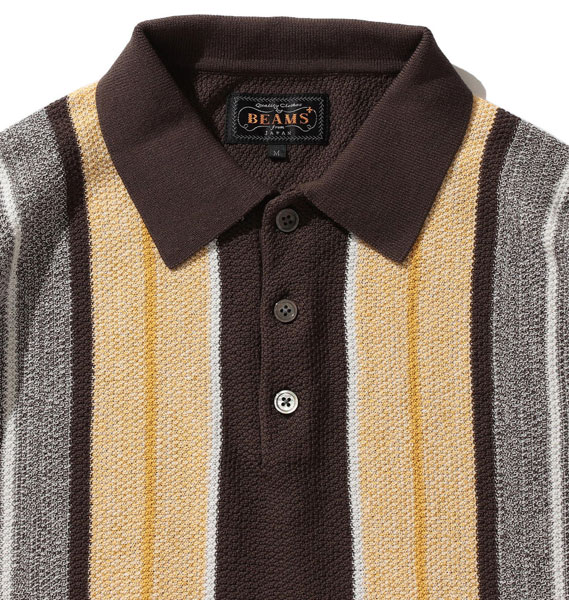 Last year was grey and navy with two lines of vertical stripes. This time out, all three versions use a dark background and go for stripes pretty much across the whole of the front of the shirt. Ribbed cuffs and hem too.

The other thing you can take for granted is the quality here. Beams Plus makes classic designs inspired by the past and particularly the ivy league era. But it also makes them in the traditional way and with quality and attention to detail to the fore. Not as cheap as some, but built to last. 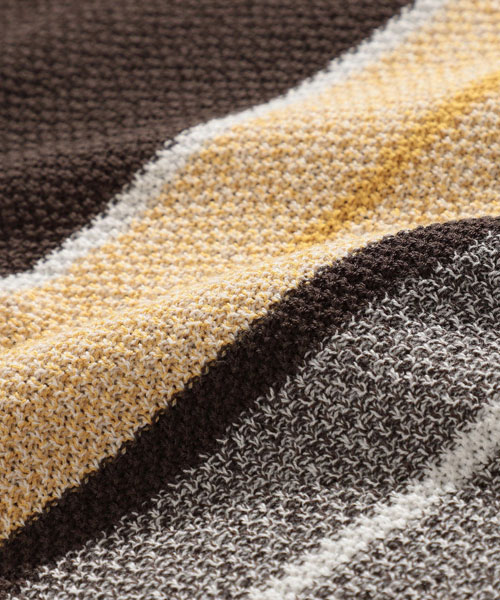 If the range lands at the same time as last year, you are looking at April or May before you can get your hands on one of these and with a price tag of around the £100 mark. I’ll let you know when they land in the UK. 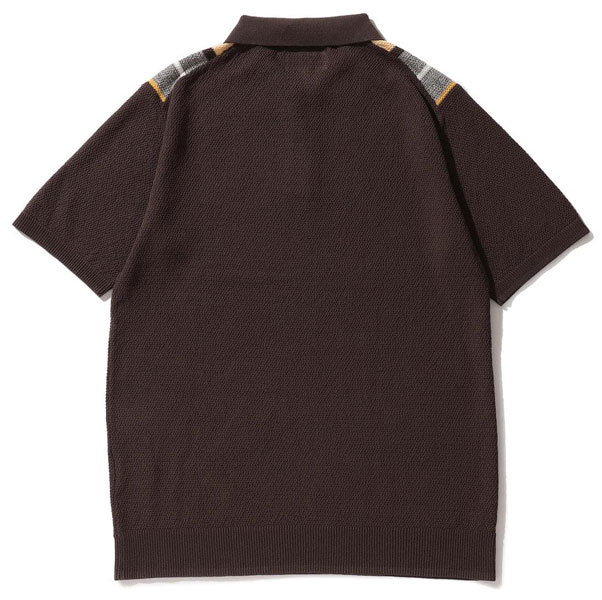 As for the rest of the range, that’s pretty decent too. I’m never keen on their ‘look book’ imagery as it never does it justice. But I might stick up most of the new ‘Swingman’ range next week just to give you an idea of what’s coming. Yes, these polo shirts are tasty, but so are many other items too.