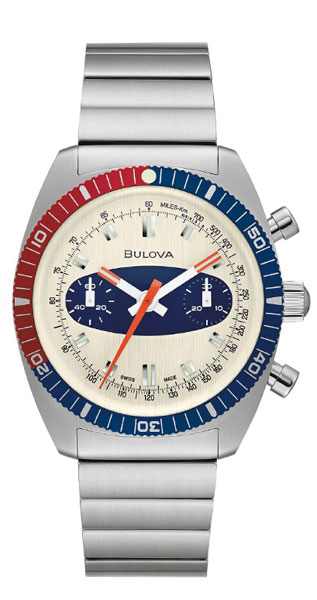 Not the first classic it has brought back, but the 1970s Bulova Surfboard Chronograph watch is the latest retro reissue in four variations. 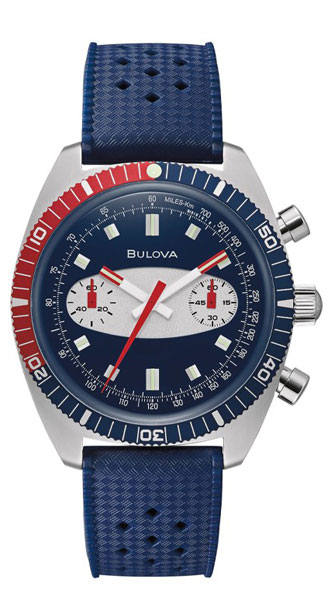 That last reissue was the amazing 1970s Bulova Computron LED watch, which hinted that the noted watchmaker was going to bring back some gems from its archive. That hint has proved true, with this equally odd watch now available to order.

Odd and very sought after. Original versions of this one come with hefty price tags. To be fair, this isn’t a cheap reissue. But the price of the reissue isn’t anywhere near the cost of a 1970s model. 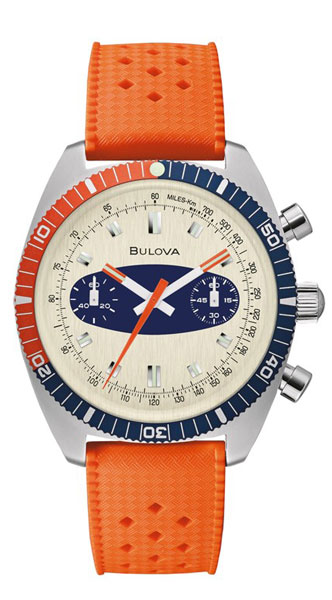 Officially known as the Deep sea Chronograph, the watch got its nickname from the distinctive surfboard-like dial within the dial, which was eye-catching then and just as appealing now.

There are two versions of the reissue, depending on your need for authenticity and your budget. A limited-edition with a Sellita caliber SW-510BHb automatic chronograph movement is available with the original colour scheme, which is a cream dial, navy blue ’surfboard’ and the two mini dials, all in a stainless steel casing with a sapphire crystal covering. 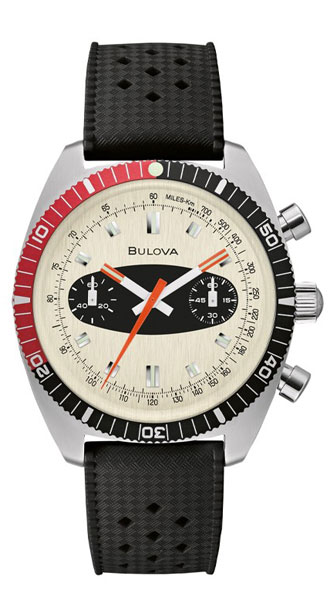 Alternatively, opt for three quartz models, with a choice of a red and blue bezel with blue dial, red and black with cream dial, and an orange and blue with a cream dial. A stainless steel case is still present, along with the same water-resistance (200m) as well and the Miyota Caliber 6S21-00A quartz movement.

The limited-edition is available from 1st April and comes in at something like £2,500 if you are a collector or someone with money to spare. If your budget is more modest, the remaining three should be available to buy now. There seems to be one at David Christopher for £449, which is probably a good guide to the price.