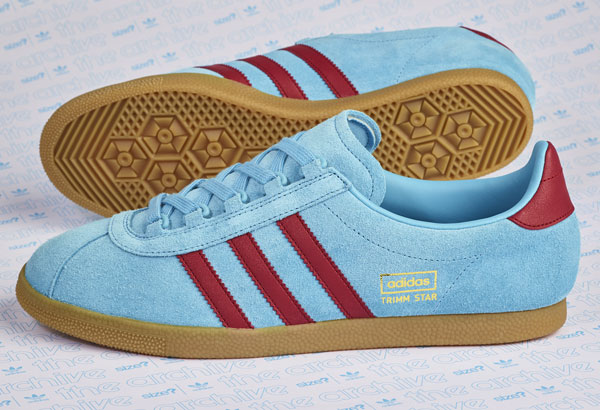 I think it should be blue and claret really, but I’ll go for Adidas Trimm Star trainers in a claret and blue finish because I know supporters of certain teams will see them that way.

On the colour front, it is a shrewd move by Size? as I know previous similar colourways have been hugely popular in the past. In fact, the Gazelle from 2010 in the claret and blue finish is still a much sought after colourway.

Anyway, enough about the colour, you will either love it or hate it I’m guessing.

Or you just might love the Adidas Trimm Star, which has seen a couple of exclusive reissues by Size? in the past months, with this being the latest limited edition. 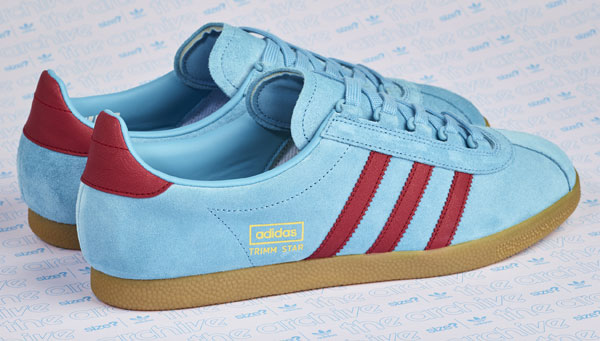 The shoe dates back to 1971, originally designed as a lightweight, all-round training shoe and promoted around a German sports initiative introduced by the government in the early 70s to get people fit and active.

The slim, low-profile shape and minimal detailing of the Adidas Trimm Star has been the secret of its long-term success, with the new version sticking with the formula. So signature gold foil on the sidewall embossed lettering moulded within the gum midsole unit, the distinctive lacing system (designed to keep a tighter fit during exercise) and a suede upper. 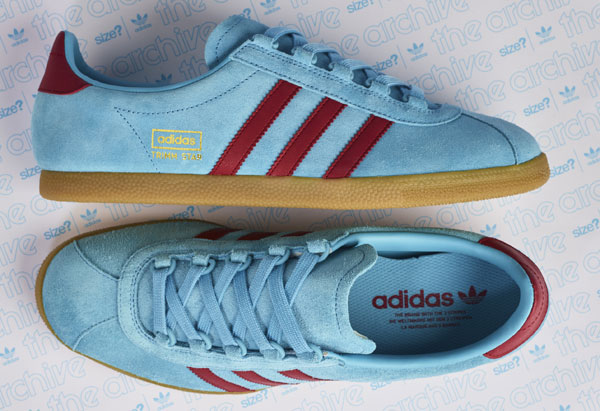 If all of that appeals and you have money left after the sales, the shoe goes on sale on Friday 6th July both in stores and online, priced at £85.

Update: If these are now out of stock, there are a number of pairs for sale on eBay.

Further update: You can now get Adidas Gazelle trainers in the same colourway. 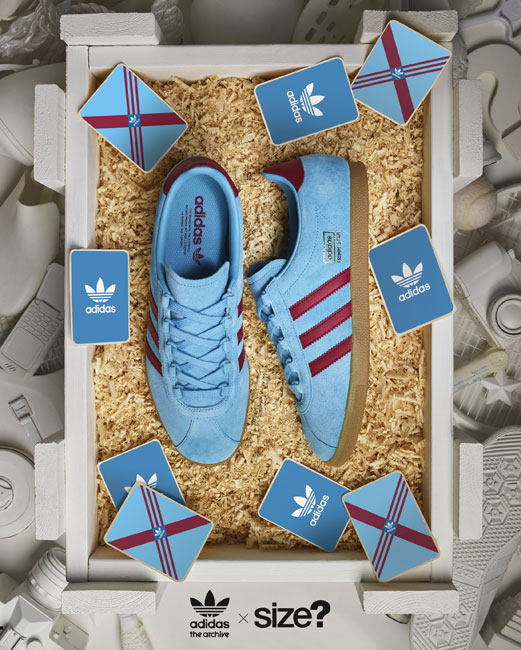