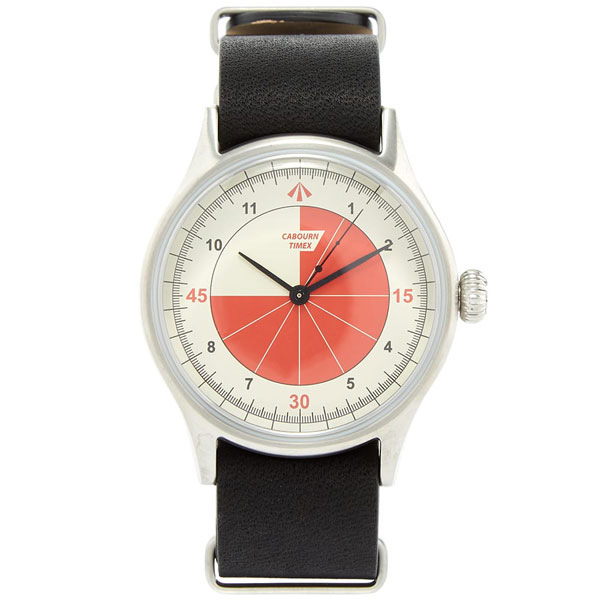 The design might appeal as might the colour of the strap on this Timex x Nigel Cabourn 1950s Referee’s Watch. 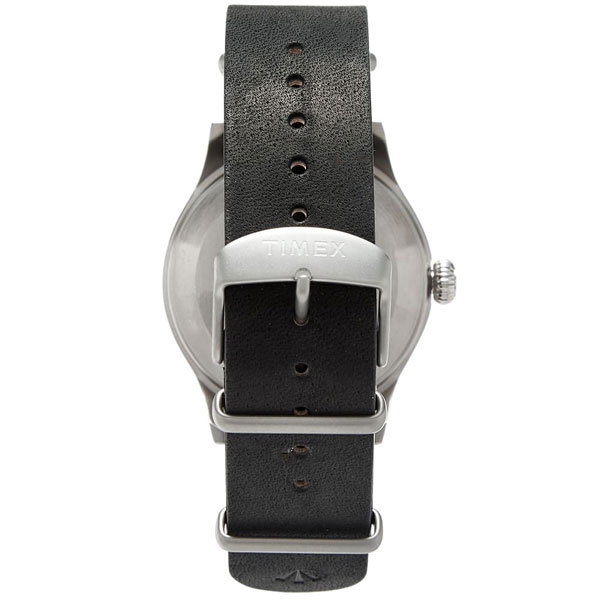 Not the black one obviously. I’m talking about the bonus woven strap, which is actually a nod to Nigel Cabourn’s upbringing in Scunthorpe. But if you aren’t a fan of that particular team, any team wearing claret and blue will still apply. So West Ham, Aston Villa, Burnley and so on. 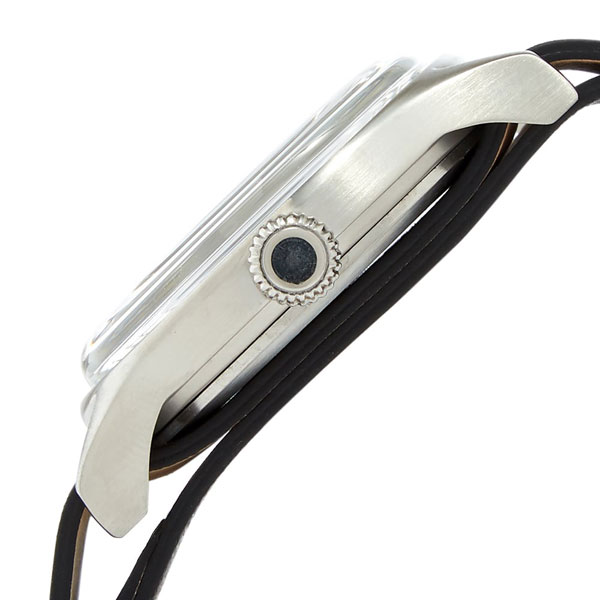 That’s just an extra. The big selling point here is the watch itself. Nigel Cabourn has teamed up with Timex again for a timepiece based on referee’s watches of the 1950s. 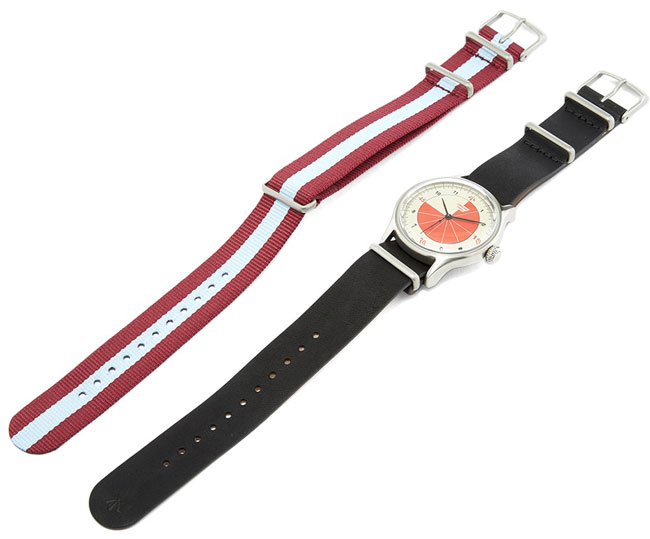 A cream face within the stainless steel case is covered by some domed acrylic crystal and finished with three-quarter colour blocking from minutes 0-45, which is perfect for keeping track of a half of football. Cabourn and Timex branding on the face too. 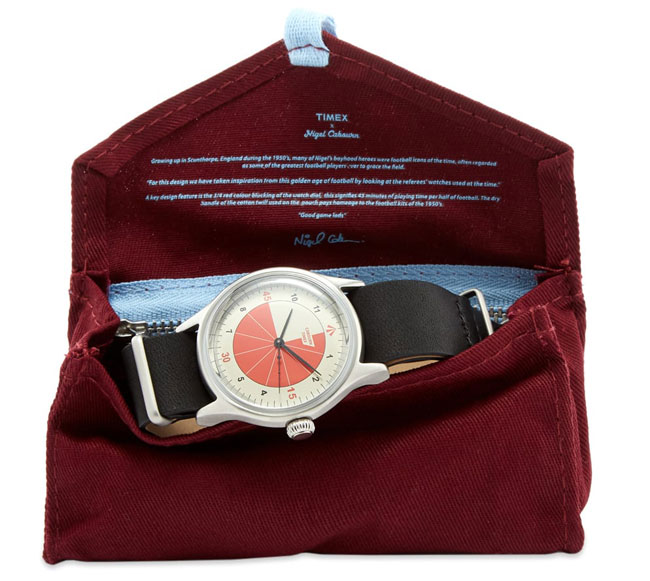 As I said, you can go for the vegetable tanned leather strap if you want something understated or stick on the claret and blue strap for something more eye-catching. It’s your choice.

£139 is the price if you want the Timex x Nigel Cabourn 1950s Referee’s Watch on your wrist this summer or next season. Oh, that carrying pouch is something too – and again in the claret and blue colourway.