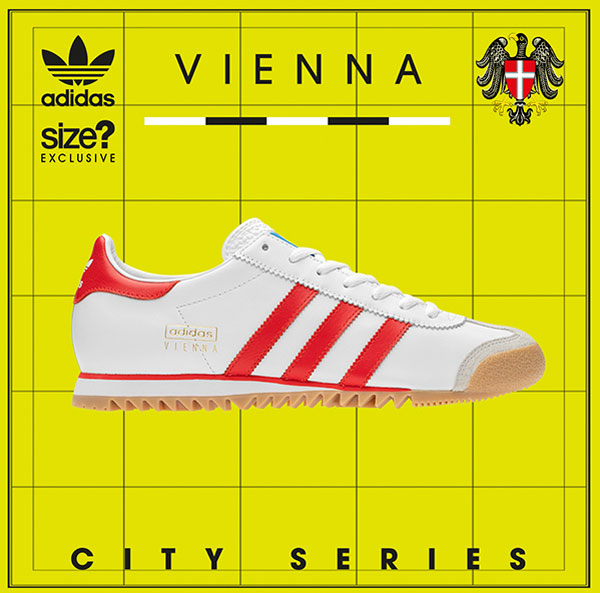 The Adidas Vienna City Series trainers reissue at Size? has just landed in the sale in pretty much every size. 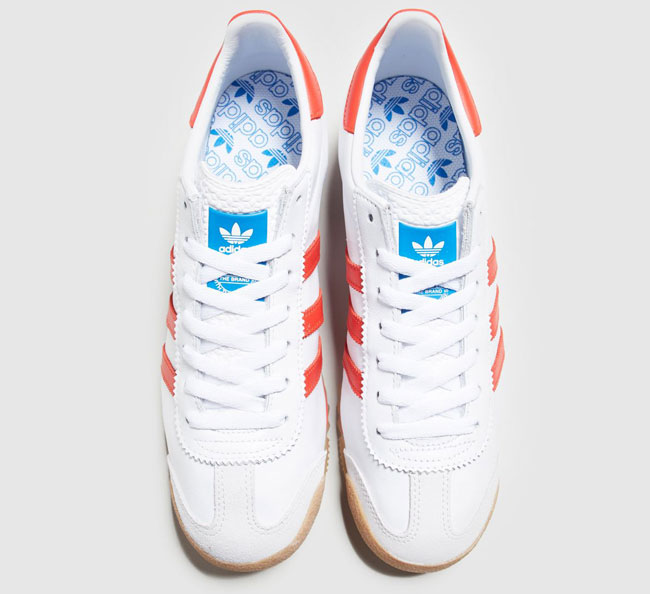 As you might recall, this is or was an update of the classic City Series release, but not an exact reissue of the Vienna. Saying that the shoe has changed over the decades, first being seen back in 1964 and updated with subtle changes in the 1970s, 1980s and 1990s.

The 1970s saw a style with a red heel tab and rubber toe bumper sitting on an all-new ‘waffle profile’ outsole, in the 1980s, some versions had even adopted the ‘Jeans’ outsole and in 1990, the Vienna got two blue stripes and one red, instead of the all-red detailing previously seen.

This new version has a custom sole unit which combines the Vienna’s ‘80s ripple gum sole with the split-coloured midsole seen on the ‘70s release. Above that, you are looking at original detailing on the soft leather upper, including ‘Vienna’ lettering in gold and signature three-stripe detailing in a vivid shade of red.

So a mix of eras, but very much the Adidas Vienna. One of a few City Series releases this year, like the Adidas Rom and the Adidas Brussels for example, but these were unusual because they were exclusive to Size? in the UK. So it’s even more unusual that they have dropped into the sale in pretty much every size.

Originally £85, you can now pick up a pair for £60 if you are quick. These will sell through.

Of course, there are many other styles in the Size Sale too, so have a look around if you still have money in your pocket.