Not quite a City Series shoe (as it isn’t a city), but the Adidas Blackburn trainers are an upcoming SPZL release. 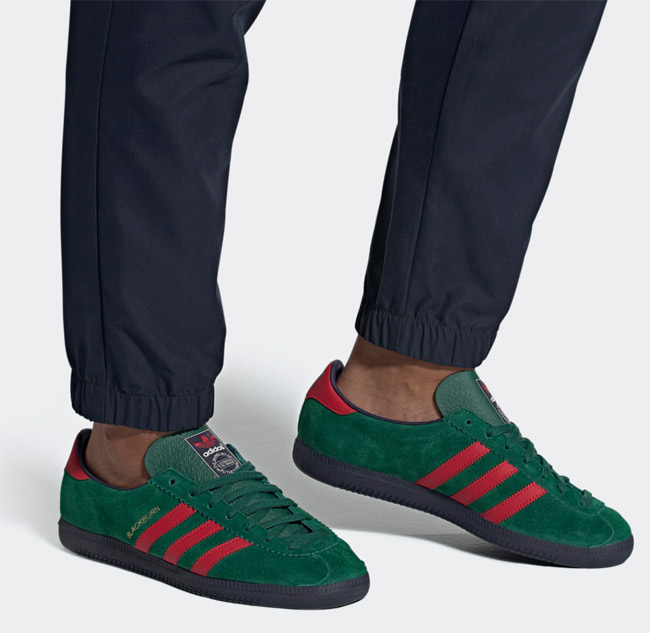 It’s also a really good looking sports shoe, regardless of where it sits in the current Adidas range. 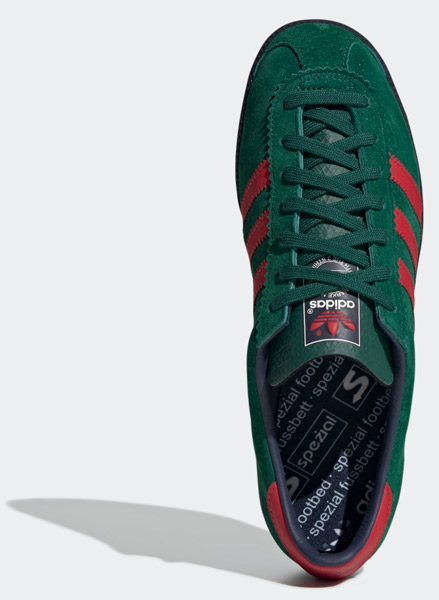 The Adidas Blackburn SPZL is the first – and I presume the most significant – design from the upcoming SPZL range, landing sometime in the autumn although the exact date is still to be confirmed. I’ll update as soon as that information is available. 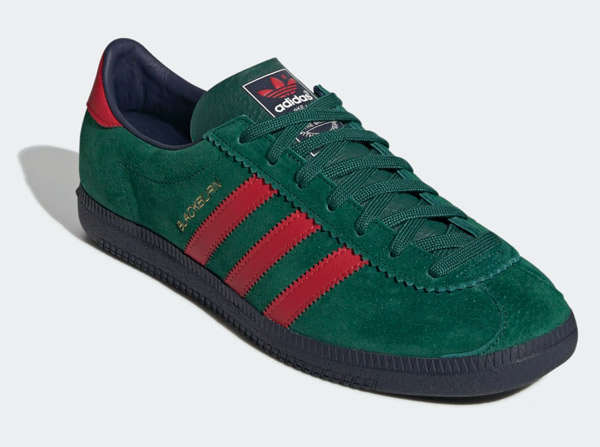 Blackburn isn’t a random pick. This is the town where Gary Aspden, the man behind the Adidas Spezial range, spent his formative years. To honour his hometown he has gone for a shoe with a shape that wouldn’t look out of place in the City Series range and with a green and red finish. 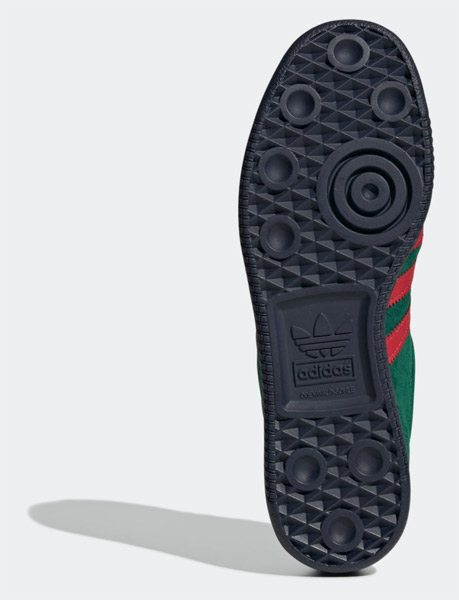 The temptation might well have been to go obvious and take on the Blackburn Rovers colour. But the colour choice offers more subtlety, with the red rose of Lancashire actually the inspiration here.

A dark gum sole, SPZL branding and the Blackburn name in gold finish things off to great effect. That’s pretty much it. Actually, it isn’t. 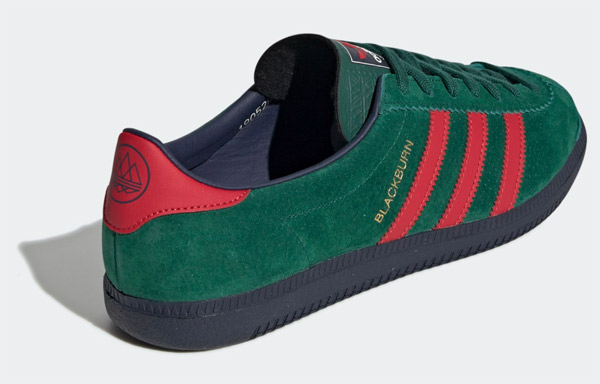 Collectors might be interested to know that the Blackburn trainers will be available in two versions. A regular version will land with the usual stockists, but a special ‘Nightsafe’ version will also be available.

Nightsafe is a local charity that provides support to homeless youths in Blackburn and the version supporting them will have the charity’s logo on its footbed, with all proceeds of the 200-pair limited edition benefitting the charity and as a result, young people in the Blackburn and Darwen area.

If you want the special edition you will find it at the Spezial exhibition at the British Textile Biennial from 4th October 4 to 20th October, which will showcase 1000 pairs of classic Adidas.

Update: The special edition has now sold out, but some have made their way to eBay.

As for the standard version, expect to find that at Hip Store, End Clothing, Size? or the Adidas website from 11 pm on Thursday 10th October, along with the rest of the SPZL collection, which to be honest isn’t as appealing as these. But have a loo from that date anyway.  Expect to pay £99.95 for the standard pair.