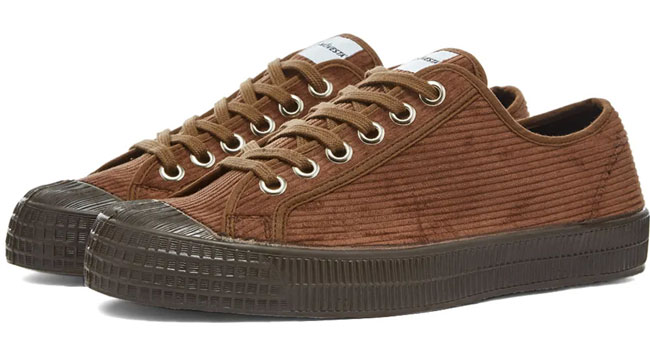 Thinking of buying a pair of Novesta Star plimsolls? I have had a year with mine, so I can give you an idea of what to expect.

I’ll be honest, I like plimsolls. They’re lightweight and perfect for everyday wear. A classic/timeless look in most cases too.

So where do you go? I’ve tried most of them. Whether that’s Converse, Superga, Spring Court, PF Flyers or whatever. But I hadn’t tried Novesta. So when I was asked what I wanted for a birthday gift, I mentioned the Novesta Star. It’s a classic out of Slovakia and a shoe that has been under the radar for decades. These shoes have been made since the early 20th century. So not some kind of ‘fly by night/ label. 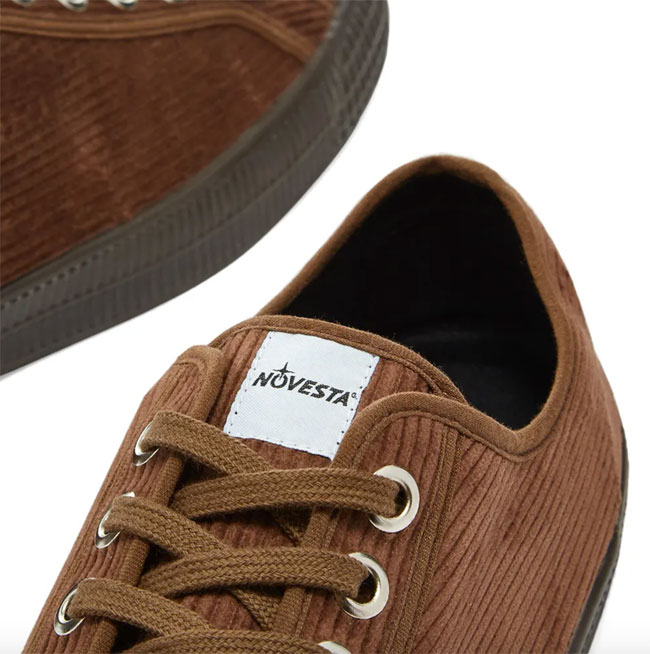 Not just any Novesta Star either. There is one key difference between these and other styles. You can get a cord finish with the Novesta plimsolls and let’s be honest, who doesn’t love a cord upper?

So the cord shoes appeared and went straight on my foot. That was one year ago. So how were they? Generally, quite impressive.

The Star is a more substantial plimsol than most. A fairly chunky sole, a thick cord upper (you can get canvas and leather too) and metal eyelets for the laces. It’s a well-made shoe. And a good-looking one too. 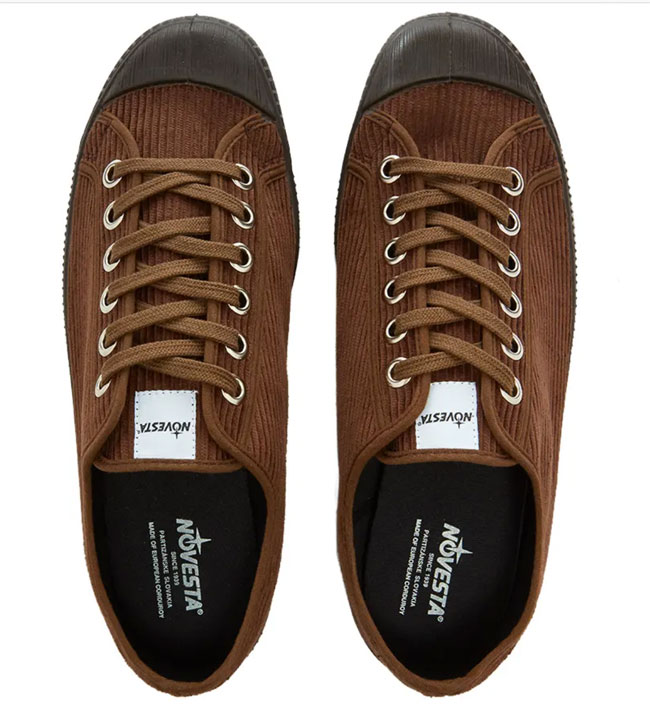 In terms of sizing, they come up a little big, but not to the point where you would want to size down. Perhaps wear a thicker sock, but that’s all. There’s another thing you notice – these are very comfortable. That’s not always the case with such lightweight shoes.

The cushioning is impressive and you don’t feel like you are walking around in bare feet. That’s a big plus if you do have them on all day. For me, the biggest selling point, looks aside. So all good? Well, almost.

A year on and they are starting to show their age. They have had some serious wear in all weathers, so it’s hardly surprising. But a year seems to be the point when I consider investing in another pair.

This is a casual shoe that has been hammered into the ground. The fact that they are showing wear is a testament to how much I have worn them and yes, I will be buying another pair myself. 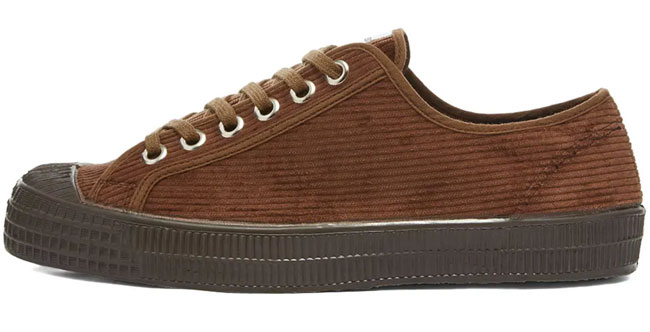 Because that comfort is still there and from a distance, they still look good too. Cord shoes are still a rarity and this version of the Novesta Star will catch the eye even after all that wear.

As I said, I have worn plimsolls a lot over the years and right now, I would place the Star ahead of all the competition. Ok, you might want something a little slimmer and lighter. But if you want a comfortable, everyday shoe that stands out from the crowd, it’s well worth the money. Despite the wear, I reckon my pair will go on and on for quite some time yet.

You can pick up the Novesta Star plimsolls at End Clothing for around £55. The cord versions are harder to find, but you can currently pick up a pair in dark brown cord for £59.

Note also you can get these as boots as well as plimsolls. I suspect height aside, there’s not much difference.