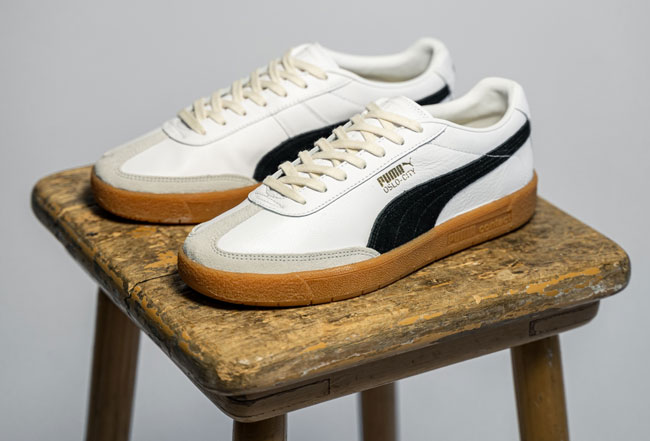 It isn’t just Adidas that has a City Series. Puma does too and the 1950s Puma Oslo-City trainers are the latest reissue. 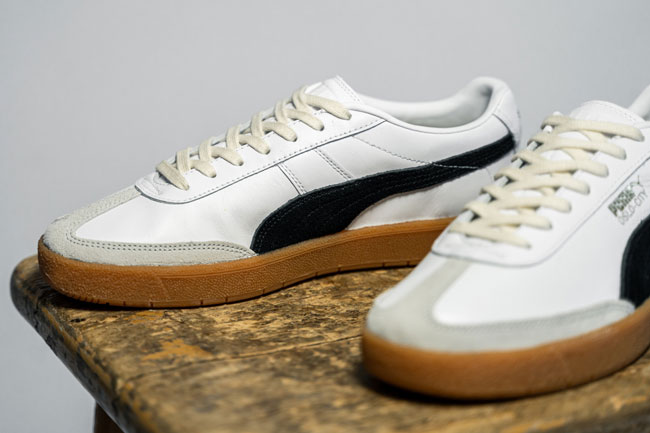 But it’s not easy getting a pair. Puma reissues tend to be much more of a low key affair than Adidas and on top of that, they don’t come out worldwide. In the case of this one, it seems to be a Germany-only release. 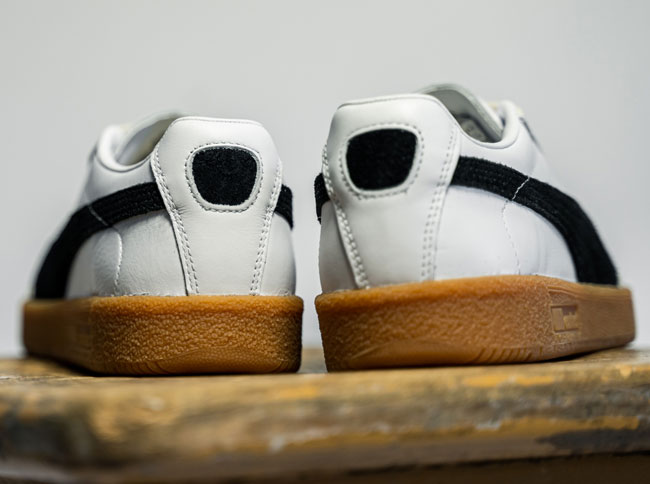 But to balance that out, a number of German retailers ship worldwide, so perhaps a touch more postage, but easy enough to pick up if you want a pair. 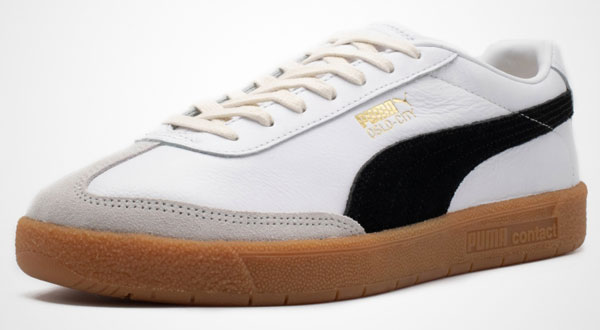 As for the Puma Oslo-City trainers, they have a long legacy. The Oslo was actually first released for the 1952 Olympics in Norway (hence the name) and almost 70 years on, this show is getting an OG reissue.

For your money, you get a premium white leather upper with smooth Black suede overlays and a classic gum outsole underfoot. Nice and simple, which is always a selling point as far as I’m concerned.

The name of the shoe is on the side on gold, which is pretty much it when it comes to the design.

As for price, the Puma Oslo-City trainers don’t come cheap at €109.95 (around £98) but it is likely to be a much rarer shoe than many you see on the shelves and there’s no denying that it looks good.

Update: These are now available at Size? in the UK for £90.