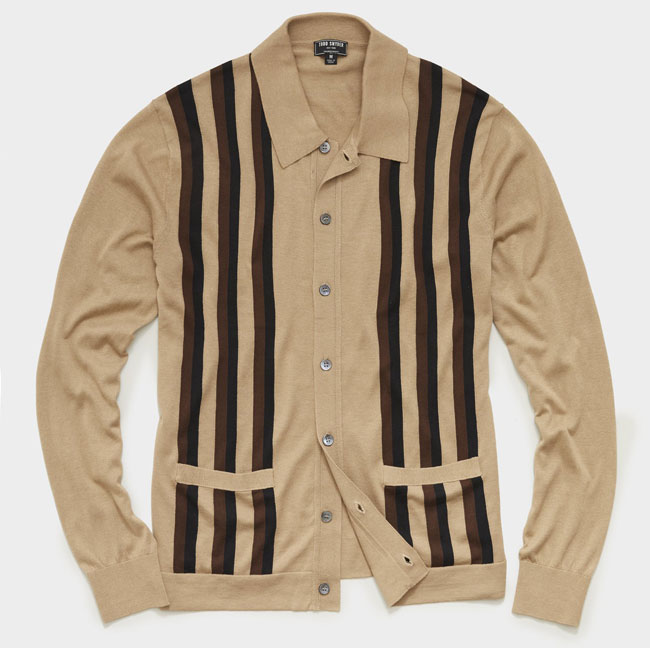 More than a hint of the mid-20th century about this button polo shirt by Todd Snyder, which has just hit the shelves.

It’s a lovely thing, but at the same time, this isn’t a cheap option. Todd Snyder gear rarely is. But that doesn’t stop me admiring it.

According to Todd Snyder, this is a winter take on a summer classic and a top inspired by the kind of knitwear you might have seen on the hip and cool in the 1950s, running into the 1960s. Cocktail, south of France, you get the idea.

This take on that look is produced from a silk-cotton blend that’s imported from Italy, with the design offering the long sleeves, full button front, smoke shell buttons and vertical stripes, as well as a couple of lower pockets.

It’s a very cool thing but you want to own one you are looking at £186.